Don’t know what you guys think, but my comments on Wharf St would be: 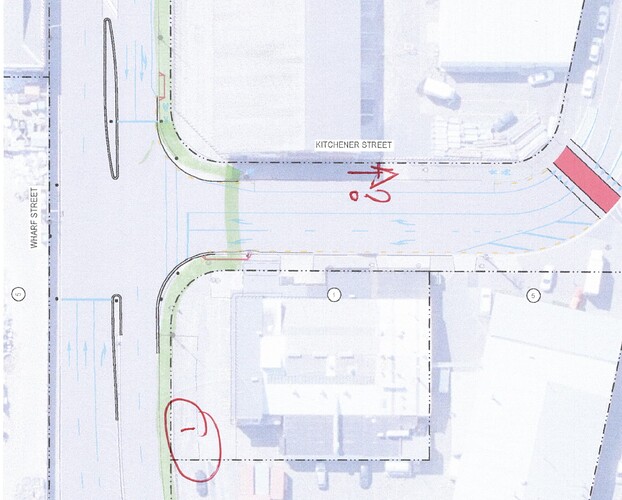 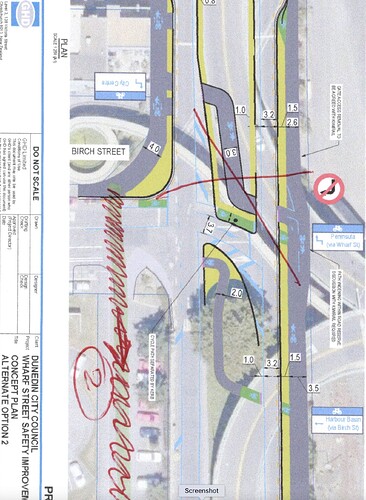 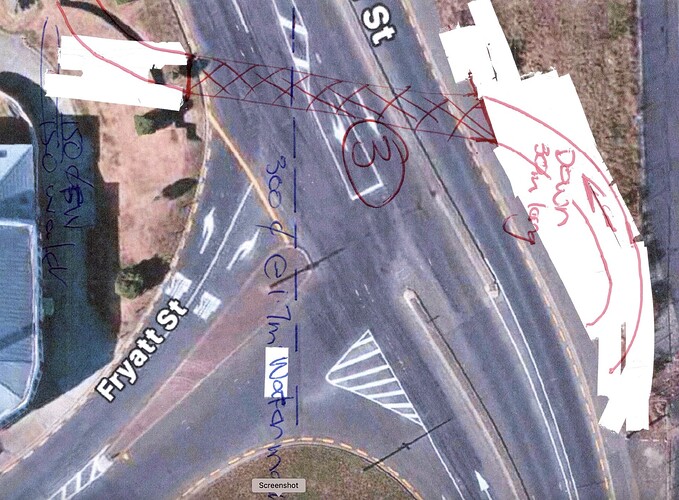 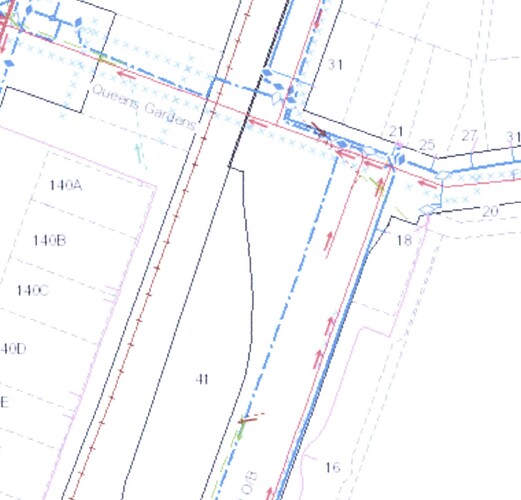 [I received this email yesterday (3rd Nov) in response to a question I asked the previous week. F.]

Thank you for your recent email on the planned intersection changes in Wharf Street.

The Council’s intent to undertake improvement work on Wharf Street has long been signaled through previous transport studies and stakeholder and community consultation. Local property owners and businesses, the Automobile Association, KiwiRail, Fire and Emergency New Zealand, the New Zealand Police and cycling advocacy group SPOKES were consulted on the proposed upgrade of the intersections of Wharf Street /Kitchener Street and Wharf Street /Roberts Street in 2013 and 2014 and later by email in June 2017.

Work on the Harbour Arterial route will be carried out in the following four stages:

The dates for Stages 2, 3 and 4 are still to be determined but are scheduled to be completed between now and 2027.

Additional information is also available on our website, go to www.dunedin.govt.nz/harbour-arterial

In recognition that Wharf Street is one of Dunedin’s busiest roads and is essential for moving people and freight through the city, the work on Wharf and surrounding streets aims to improve connectivity, safety and the experience for all road users. When finished, the upgrades will help manage disruption and provide an alternative route for traffic during construction of the new Dunedin Hospital, helping to divert heavy traffic from the central city and improve the shared path around Otago Harbour.

DCC is committed to improving safety for all road users, including those walking and cycling. By moving the crossing point to the north (where the railway lines were) will help to improve visibility for all users for a safe crossing. In order to receive the necessary funding from Waka Kotahi NZ Transport Agency from their Walking and Cycling work category and for the physical works to start the improvements to the intersections have been designed by professional transport engineers, received an external independent safety audit which identified minor changes to the final design at Birch Street and received approval by Waka Kotahi NZ.

A cycling crossing point at Kitchener Street where traffic lights are being installed was also considered together with a shared path on the west side (KiwiRail side). A cycle crossing point would reduce the amount of vehicle movement time at the Kitchener Street intersection and along Wharf Street. Given the project’s aim is to encourage the use of the Harbour Route and move cycle traffic towards a new cycling and walking bridge at Queens Gardens/ Fryatt Street, it was decided not to proceed with that option.

It is important to note that the changes now being implemented were always intended to provide incremental improvements until the new ‘City to Waterfront’ cycling and walking bridge is built. The new bridge is included in the DCC’s 10 year plan 2021-2031 and is expected to be built in 2024 - 2028. Funding constraints and approval processes means we are restricted as to what is implemented and when.

We hope the above provides more background information on the changes taking place along Wharf Street. We are also happy to meet with you together with a representative from the Dunedin Hospital bicycle user group to talk more about the Harbour Arterial improvements project and its stages, in particular Stage 2. Please let me know if you would like this to be arranged.

Thank you again for your interest in this project.

Further emails, and it looks like Matt and I will go meet them:

Following your recent communications with Susil, we would like to invite you and one other from your respective group to meet with key members of our Project Team to talk more about the Harbour Arterial improvements project and its stages on Tuesday 23 November from 1pm-2pm in the Plaza Conference Room on the Ground Floor of our DCC offices.

Please note that the meeting will be run under the COVID-19 rules current at that time.

We look forward to meeting you.

Anyone care to join us?