This is the idea i’ve been discussing with Glen, to try and get a bit of feedback!

What We Need to Achieve

While there are many reasons why having a safe, efficient network for ‘active transport’ is desirable, let’s focus on one aspect.

Lets take North Rd in North-East Valley in Dunedin as a test case where we look at possible cycleway options.

Due to the inherent dangers with left hand painted cycle lanes, due to cyclists mixing with parked cars and turning traffic, and the desire to better cater for children accessing the various schools in the area, it is very desirable to provide protected cycle lanes if we are to encourage more people to use them.

This however this presents significant issues, as is usually the case. To provide adequately wide cycle lanes on both sides of the road all parking will require to be removed. For a bidirectional cycle lane on one side, one side parking will be lost, and the problems with turning traffic seeing and understanding that cyclists are moving in both directions, as well as significant issues at intersections. Also, I do not believe in the current environment either of these options would be politically acceptable, so it is very unlikely anything will be done.

I believe an alternative is a centrally located semi-protected* cycle lane. This has the advantage of making cyclists the most visible by putting them on the right hand side of the traffic and into drivers direct field of view. It also bring the cyclists away from the danger and visual obstruction of parked cars.

However this type of lane has the disadvantage of visually making cyclists look more vulnerable, ironically due to the fact they are more visible and in therefore in reality more safe.

This type of cycleway has been used overseas, but as far as I can tell not extensively. In the main the examples I can find they put cyclists in the middle of duel lanes of traffic in each direction, which would make accessing the lanes more difficult and them look significantly less desirable. However even in these cases they appear to be generally successful from a practical point of view.

I would suggest if they were to be considered in a case such as above, the following guidelines would be needed:

Attached as a sketch scheme of the cycle lanes, along with photos of overseas examples. Barcelona has a number of examples. Not all great, but it does show it can work in the real world! 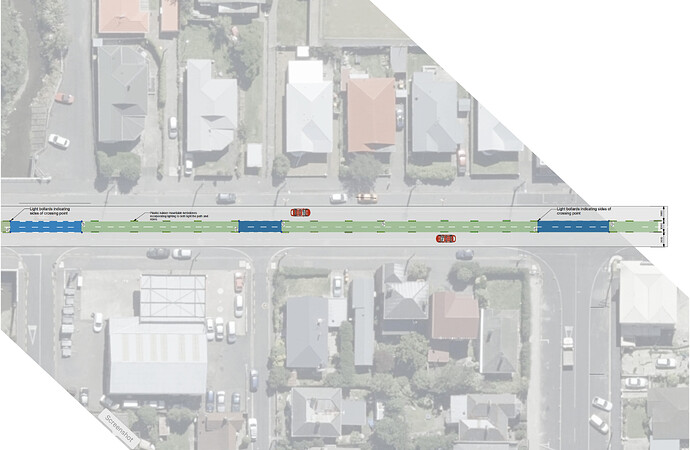 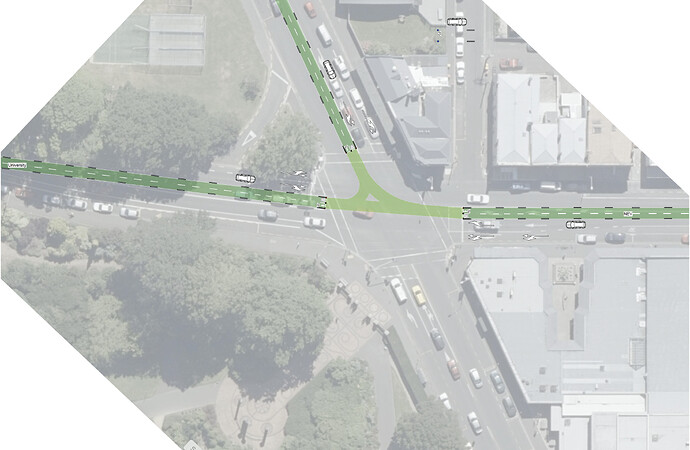 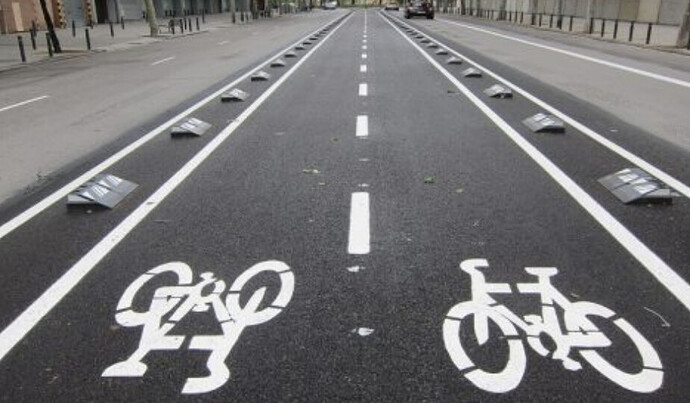 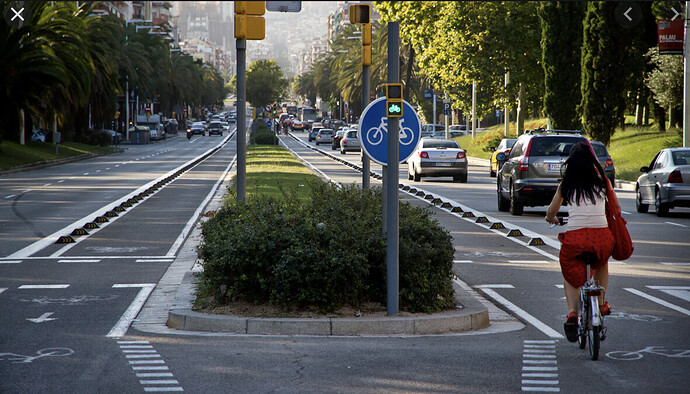 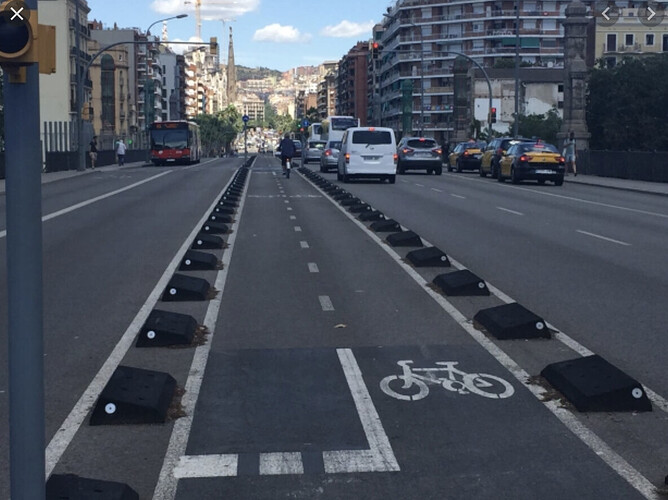 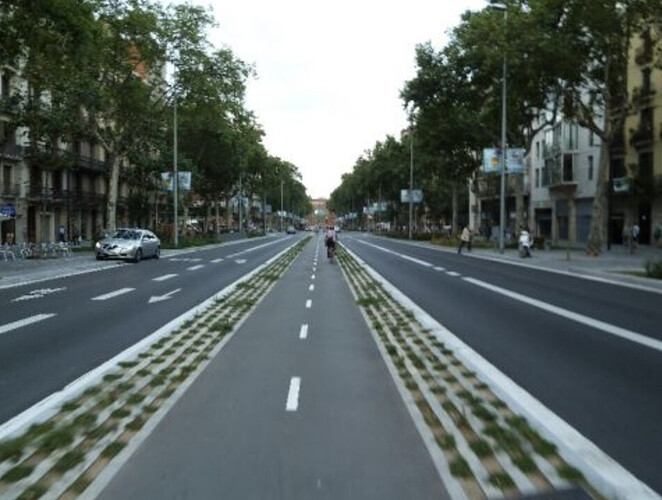 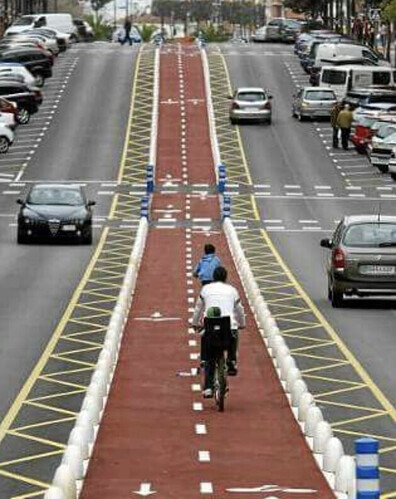 This is the idea i’ve been discussing with Glen

Dumb question: Who is Glen?