This is an excellent project which I am quite excited about. At the moment, it is not an easy task to get from Dunedin to Mosgiel via anything other than a car (or maybe a bus). And the distances aren’t the problem - it is the hills. This is the concept (click to view in Google Maps):

It just so happens that there are two disused rail tunnels that cross the tricky bits. Built in the 1870s, they were replaced by the current straighter and wider rail tunnel in 1911. They have languished since, but are actually in pretty good condition - they built things well back then. 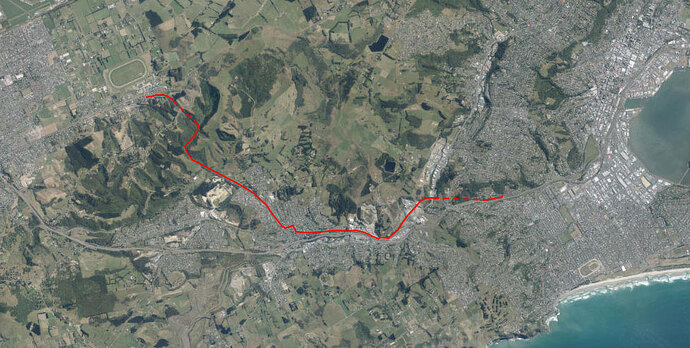 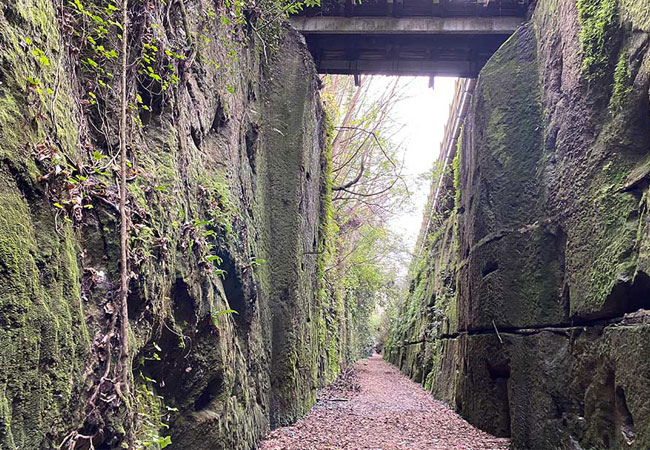 Information about the services and facilities provided and managed by the Dunedin City Council for residents and visitors to Dunedin.

Here is the latest info on the Dunedin Tunnel Trails Project, which has been officially kicked off:

Information about the services and facilities provided and managed by the Dunedin City Council for residents and visitors to Dunedin.

Hopefully the Business Case for the project will be ready Feb/March next year - delayed from earlier this year. An exercise in frustration to say the least.

Thanks Gerard! Is there a draft business case or anything else like that for folk to look at?

Not that I’ve seen. Apparently there’s a draft paper going to Council 13 Dec, but I don’t know if that’ll be public or not. The DCC Project page should be updated in the next week or so.

Thanks Gerard - I’ve updated the Original Post up the top with the correct date. It is a wiki, so you could also do that if you wished in future.

Do also please invite your colleagues and interested folk allied to the Dunedin Tunnels Trust to use this site to share information.

One month is pretty good really. Many things grind to a halt in the December madness, eh?

Both would be welcome to utilise betterstreets.nz, and would likely find it helpful.

Thanks for the offer Nathan. If/when DCC actually give the Green Light for the tunnels project we’ll ramp up the media channels for the Trust, which hopefully include info here as well. It’s been a very frustrating few years, sitting on hands while DCC spends money on external consultant reports, duplicating much of what had been done earlier. At least now there appears to be a will within Council hallways to get this underway, albeit without any urgency.
Cheers,
Gerard
(DTTT)

Hi Gerard knows my views about the whole process with the Tunnels. As Long as DCC is managing project it will be unlikely it will ever happen. The project has to be managed by the community. Look at Central Trails and how successful they have been.
Brian

The project has to be managed by the community.

From my ignorant perspective, I do wonder if partnership really needs to be the model.

While essentially all bureaucracies get bogged down in process, they do have staying power. The challenge is getting the best out of them whilst harnessing community enthusiasm. And I suspect that is just what @GerardH is aiming to do.

which hopefully include info here as well.

Our hope is that this online forum will be a highly useful way of connecting up the people and the dots. We don’t want to be just another channel (groan).

It is 100% community driven by the way (unlike Facebook)!

DCC page has been updated: Dunedin tunnels trail project - Dunedin City Council with the key updates being the new map at the top (open image in new tab to zoom in), and updated the dates to reflect it’s now 2022 for approvals and 2023 before any construction begins. [SMH].

I’d love to join some others for a bike ride sometime, following the proposed route as closely as possible. Are there any non-tunnel sections that are already in place?

Sadly, the only part reachable by the public at this stage is the portal entrance to the Caversham tunnel at the Caversham end. Everything else, apart from the existing Grand Vista subdivision path, is still on private land.

Is there any word on the Caversham tunnel drainage issues. If it is going to take a while to build it would be nice if progress from one end in useable stages. Preferably the city end.

Oh, I had imagined a lot of the old railway corridor would have been kept as a reserve in case it was ever needed, as the Railway Reserve in Nelson is. But then, ironically, the only reason Nelson’s Railway Reserve was kept was because it was the location for a proposed motorway.

Are you on the DCC group looking at the project? I seemed like the whole issue around the Caversham tunnel was quite manageable, and the reluctance to allow it to be used was driven by individuals. With a bit of will, and perhaps personal changes, I think it could still be an option, and as a commuter route that will take a while to finish in its entirety it would make sense to build its use from the city end.