Here’s a sketch entitled “Dunedin Street Scene”, drawn by Ralph Miller around 1949, and spotted at Toitu, Otago Early Settlers Museum recently. So don’t let anyone ever tell you “nobody ever thought about riding a bike in those days” 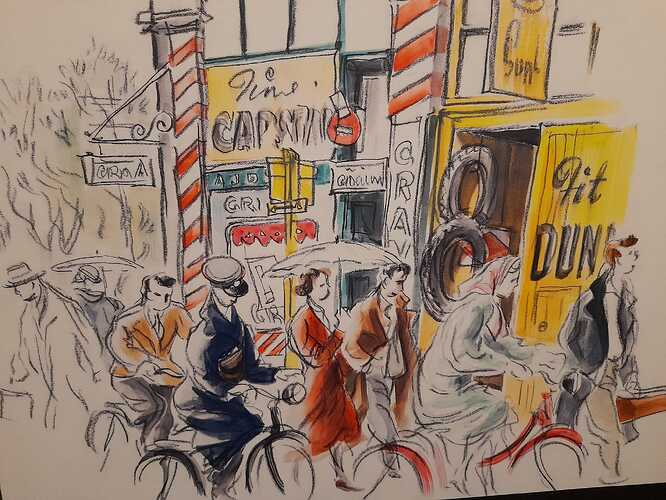 Replicated from Biking in Dunedin

There’s also a great framed print in one of the Council meeting rooms (wish I’d taken a photo of it) - similar era, Dunedin streets, showing a majority of pedestrians & cyclists with just a few cars. Must try to get a shot of it.