Council and NZTA at odds over one-way 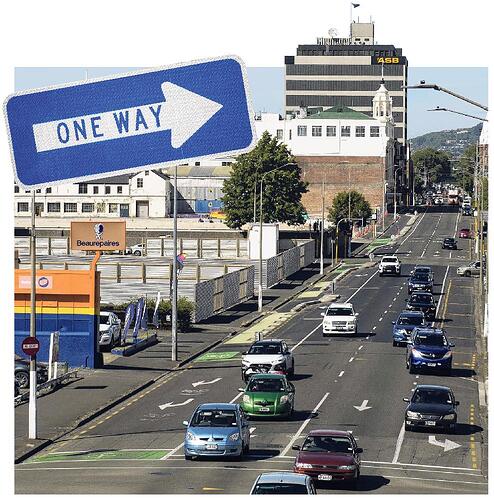 Council and NZTA at odds over one-way

A decision to keep the popular one-way traffic system through central Dunedin is being fought by the city council. Elected officials are pushing...

I’ve posted ““Popular” one-way traffic system? Popular with whom? Drivers of car in a rush to get from a to b? Or people interacting with our city, walking and visiting shops? You can’t use a loaded phrase such as “popular” without providing some evidence that it is actually popular… and how it has been defined and measured.” - will see if that appears on the ODT comments section.

I think the “Popular” was based on the number of people who responded to the consultation on the one way system being in the majority. However responses to consultation are inherently biased. Proposal 2 could be a game changer for Dunedin city and the pressure should now go on Minister Woods to have Waka Kotahi support abandoning the one way system in favour of a liveable, people (not car) focussed central city.

The discussion in the ODT around retaining the one way system (as opposed to a two way SH and local quiet street for Cumberland) has been heavily biased (front page article, Editorial and now op-ed by Jules Radich) all in favour. They all fire off the usual car centric tropes as reasons to retain the status quo with little in depth analysis of the benefits of the alternative proposal. Do SPOKES have a plan to rebut this? I have sent a letter to the editor (published) and have requested an op-ed and suggested some people who could write it. As the decision will sit with Michael Wood who is visiting in April and the one way is on his agenda here are some thoughts: -

thoughts? getting rid of the one way has the potential to open up the city streets to people/bikes and public transport

This page has reports and/or minutes that were considered in confidence by Council and Committees, that are now publicly available.

click on the 2021 tab to see the business case, minutes and health impact assessment report for the one way system. Where to from here…Michael Wood visiting in April. SPOKES - very silent on this…

Thanks for the reminder. I’m trying to get a Spokes meeting to discuss this.

Here is some more history on the One Way system, and how it has been challenged by several expert reports over the last two decades: 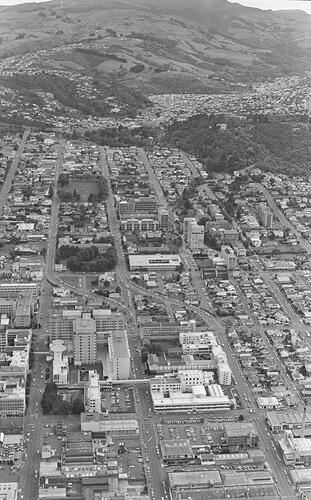 Multiple agencies have shaped the path to city’s crossroads

Dunedin’s one-way system through the central city was introduced in 1970-71. Hospital pass for Dunedin? It has been much used since, but a series...

I can’t help thinking that when fuel hits $10/litre the streets of Dunedin will be pleasantly empty of cars.

(There surely must be a point of inflection where the majority of people using cars for local journeys start to actually consider if the car is necessary… or is this just wishful thinking, and like boiling a frog people will carry on regardless…?)

I can’t see it getting quite that high - but even at $3/L it is probably already having substantial impacts (at least on wallets if not behaviours) - at $4/L I’d suggest the political pressure to reduce excise tax will become unbearable for the government.

At $4/L it will still be too cheap. And the world will flock to the EVs that have a huge resource cost and clog up the cities and their drivers coronary arteries, and thus the 20th century’s worst problems continue onwards.

(Also if SH1/NDH adds an extra 2-4 mins drive time (cross-city), it will make very little impact on people’s actual time but a huge amount on their perception of their time… and they will rant and rave and blame everyone they can think of!)